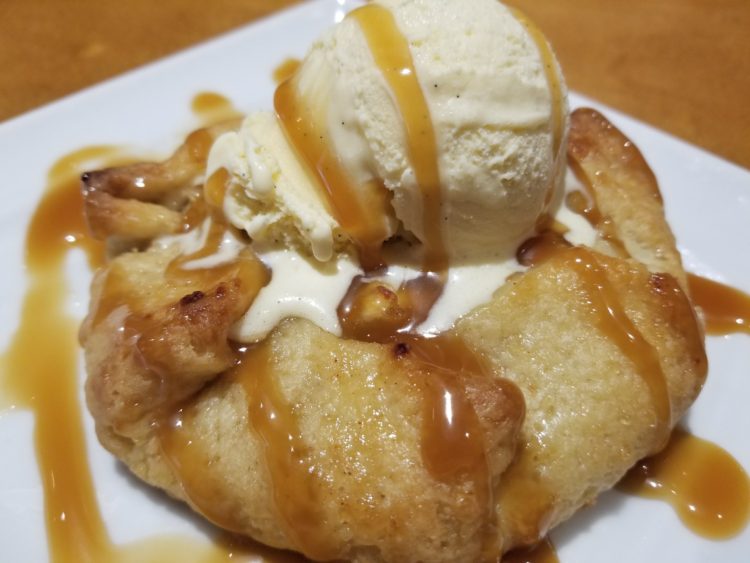 Dinner tonight is an attempt to salvage a prior botched combination from Day 11, Meal 21: Cavatappi, Asiago Garlic Alfredo/Traditional Marinara & Crispy Shrimp Fritta. Not that there was anything wrong with that meal, but I realized AFTER eating it that it didn’t come as ordered since it was missing the Traditional Marinara portion. Now, considering I was doing 50/50 sauce week every meal back then, I have NO idea how I overlooked that, but I guess it just looked too delicious to even think about it. Anyways, let’s give it another attempt:

It was good! I was happy the Traditional Marinara wasn’t as chunky for dinner, like it was for lunch. It definitely helped a LOT having the Asiago Garlic Alfredo mixed in, as I don’t think I would have liked it very much without it. The Cavatappi is one of my favorite Pasta selections, and the Crispy Shrimp Fritta NEVER lets me down. EVER. I give this an 8/10.

Now let’s get to the important part of the meal review, the DESSERT. It was time for the Warm Apple Crostata, described as “Northern Spy apples are baked inside a crispy pastry crust within hours of harvest! Served warm and topped with vanilla ice cream and a caramel drizzle”. Let’s dive in:

I was hoping I was going to love this as much as I did the Warm Berry Crostata which I gave a 9/10. This sadly gets a 6/10, but to be fair, this was largely a let down for my own personal taste buds. I do NOT like things like Apple Pie, so if you do, you will likely LOVE this. The apple slices were plenty, and only deterred me more. Just not for me. Overall the combined meal gets a 7/10.

Here is the nutritional information for this meal:

Here is the Meal Builder comparison with full nutritional information that I added to this website (check it out HERE):

And here is Chloe & Olivia having fun at the store after dinner, after they each picked out a toy:

Olivia ALWAYS gets a barbie:

And in other news, my 8 Weeks of Pasta shirt and business cards arrived: