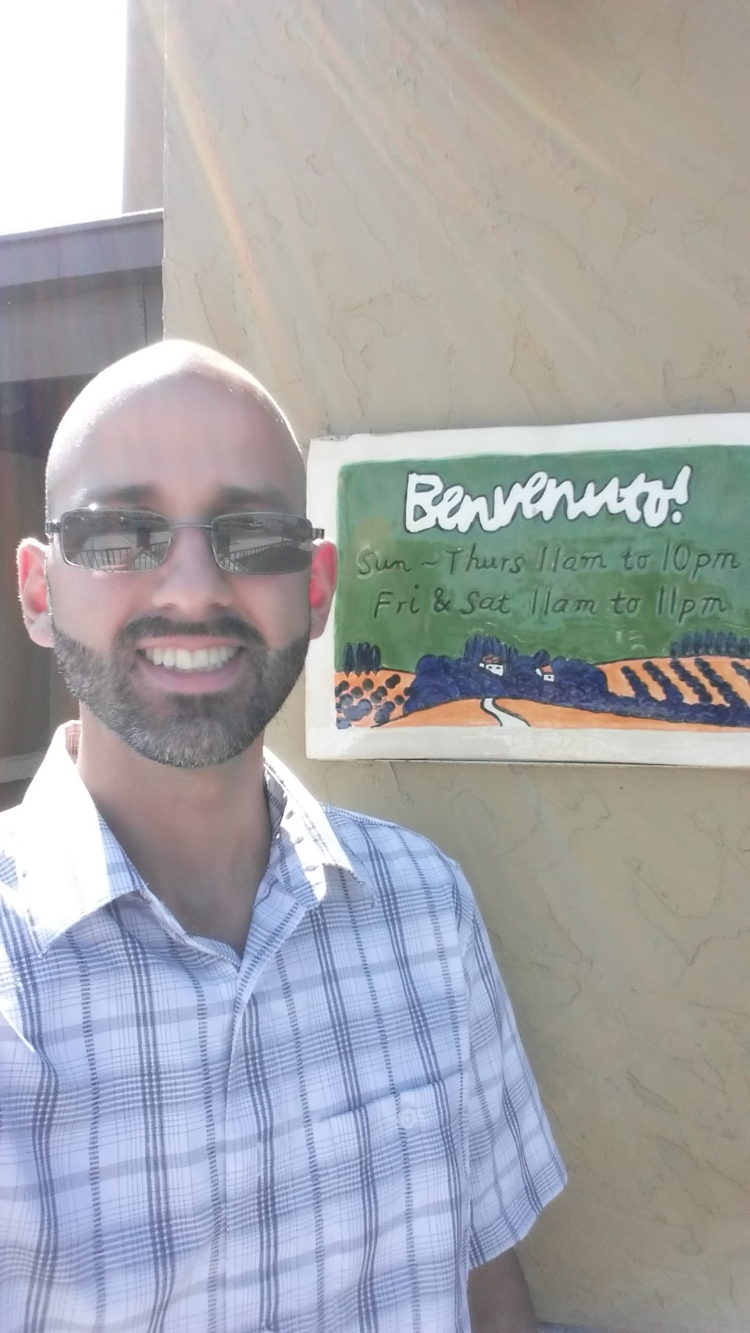 Hi, I’m Jeff and I’m about to embark on an awesome adventure, along with 21,999 other lucky people! Follow along and join in the fun! Fortunately, I have an Olive Garden location in my (small) town of Inverness, FL, so it’s just a few minutes away.

The Pasta Pass allows Pass-holders to enjoy the Never Ending Pasta Bowl promotion at Olive Garden as many times as they wish in-restaurant for 8 weeks. That’s right – unlimited food at Olive Garden for 8 weeks! Olive Garden also offered the Pasta Passport this year, to 50 lucky recipients for only $200! That includes all the benefits of the regular Pasta Pass, plus an all inclusive 8 day, 7 night trip to ITALY for you and a guest!! I REALLY wanted one of these, but I knew if I tried to get the Pasta Passport instead of the Pasta Pass, and didn’t get it, it would be too late to get a Pasta Pass! It’s try for one or the other, and with 22,000 Pasta Passes being available, I knew the odds were in my favor that route.. Still, a trip to Italy would have been amazing! Maybe one day.

I was 1 of these lucky 22,000 Pasta Pass recipients in the Olive Garden promotion that took place on pastapass.com on September 14th at 2pm. I helped contribute to one of the green blobs over in the West Central Florida region:

If you checked in at 2:00:01, you were likely too late, as some sites are saying all were confirmed in 1/3rd of a second. Now I’m not sure how accurate that is, but I know I was waiting before hand, ready for that countdown to hit 0 and have the button magically appear. I had my touchscreen laptop setup with a 200MB (FAST) internet connection, so if I was going to have a shot, I didn’t want to lose out for technical reasons. After about 45 seconds of a frozen website, and a bit of nervousness, I was brought to the checkout screen:

After filling in the details, I got:

I thought, since I was displaced from FL as my family and I evacuated a few days prior due to Hurricane Irma, that perhaps my credit card was preventing me from using it for being in another state… No worries, I could just use a different card. So then I tried to update my billing information:

I was a bit confused, as there were NO fields marked in red.. I was starting to think perhaps maybe the site crashed because of 22,000 people doing a transaction at the same time could overload the payment processing gateway.. I decided to try it a few times, and then called the phone number in the e-mail to hopefully get some help. Unfortunately, since so many people were likely calling, it was impossible to get through. I then thought I should contact them on facebook, as I know Olive Garden has a very active social media presence. I checked the top post about the Pasta Pass promotion, checked the comments, and the top one was other people having the same issue as me. I then had a sense of relief, knowing that there wasn’t a problem with my card, or some localized computer issue, as it was happening to a TON of people:

After sending Olive Garden a message, my wife noticed that my bank showed a transaction for $106 from Ticket Monster, which was the amount of the Pass + tax:

I then checked my e-mail, and saw this:

SUCCESS!!!! Then I just had to wait for this to come in the mail:

At all Olive Garden locations across the United States! Find one near you HERE. I’ll be visiting locations in the Central Florida region.

I decided to get the Pasta Pass this year as a celebration from losing a bunch of weight this year. I started my weight loss journey in February of 2017, and have since lost and maintained approximately 70 pounds. Here is a before and after:

The picture on the left was me at 220 pounds this year. The picture on the right is me around 150, a couple days after having just completed the largest 10k road race, Peachtree in Atlanta, GA on July 4th. Yup, 70 pounds in 5 months. I  picked up running again after a 13 year hiatus.

Now before you assume that I’m just going to gain the 70 pounds back, I have several rules:

I should also note, that I am currently training for my first marathon, Space Coast Marathon on November 26, 2017, a week after this promotion ends and a few days after Thanksgiving!! I know I’m giving a whole new meaning to the carb loading philosophy.

One of my main goals for having this blog and tracking everything is to show you can indeed eat a bunch of carbs, enjoy a good meal, and still not fear gaining weight and live a healthy lifestyle. I will continue doing daily weigh-ins. As of September 25th, I am 153 pounds at 10.1% body fat. Lets see what happens after 8 weeks!

If you have a Pasta Pass, simply go to Olive Garden for dine-in and your Never Ending Pasta Bowl order will be completely FREE! Drinks are excluded this year, and To-Go is not an option, however you do get 8 weeks instead of the prior 7, and you can always box up your leftovers to take home with you! Taxes are included, but gratuity is not. You can leave cash gratuity or you can leave a tip on your card, despite having a $0.00 balance. They likely however will pre-authorize a .01 charge.

If you don’t have a pass but want to join in the fun, you can still participate in the promotion, starting at only $9.99 for NEVER ENDING Soup or Salad, Breadsticks and Pasta! Your first meal will be a full-sized entree, and the refill portions will be approximately half-size, to allow you to have as much variety as possible. Here is an Olive Garden promotional video:

Now you might be asking, HOW on earth am I going to eat Never Ending Pasta Bowls for the next 8 weeks, or 56 days, or 112 meals, and keeping my appetite intact? Well, there are a few strategies:

Well, there you have it. Any questions or comments, have at it! 🙂